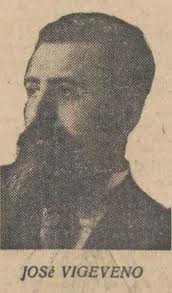 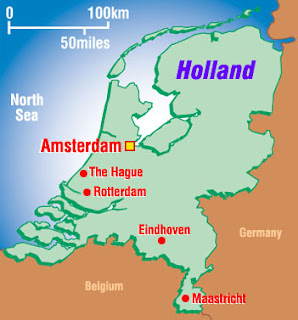 Rabindranath had an intention to go to Germany but for  want of time he could not procure ticket to go there. He took the train for Amsterdom, kingdom of Holland at 10.40 pm. A committee was formed with  Jose Vigeveno as its working secretary to accord proper welcome to Rabindranath. Jose Vigeveno informed that houses in different cities had been already resrved for his accommodation and he himself will be present in the border cities so that they could be protected from the customs checking  He kept his word and in the station Roosendaal they were carrying huge quantity of fruits and sweets but were not disturbed by them and they could take during their lunch those with great satisfaction.
The train reached Amsterdam at 1.30 am. There was no crowd since no announcement of his arrival was made earlier.
Dr. Fredrik Van Eeden was present to welcome him but his face seemed to be not satisfied to the  management body, still he did not put any obstruction. After coming outside the station they travelled through a distance of 15 miles and came to a palace like beautiful building, De Duinen, near the sea shore. The building owned by E.h.van Eeghen and Mary van Eeghen  -Boisevain couple. They became their guest.  The couple know English well and were cordial. Rathindranath wrote in his diary;
" There was no effusiveness as in the French, neither pride of wealth as in the Americans, but a quite dignity befitting a noble house dating back to an old ancestry and yet with warmth not easily met with in Englih houses."

Mrs Valborg Isaachsen and her husband came from Norway to meet Rabindrantah.Mrs Isaachsen was a Dutch and her husband was a Norwaygian and Minister. Rabindranath yet to receive his Nobel prize when she wrote him on 7th Sept 1913, addressing him "dear friend" and sent the letter to him via her friend Van Eeghen that she read his Gitanjali and made it her companion and expect that she would meet him in Holland. Rabindranath replied both the letters.Having come to know that he was coming in Holland Mrs Isaachsen invited him to her house and since her invitation  was cancelled she came to see him in Holland.Her desire was fulfilled after seven years. She played attentively and with emotion the piano to make them pleased. Rabindranth too sung some of his songs, knowing that she loves Indian music.
Posted by RABINDRA SMARAKA GRANTHA at 7:08 PM